The 2023 film will be shown here when selected and available.

The Program below features a selection of previous films shown. 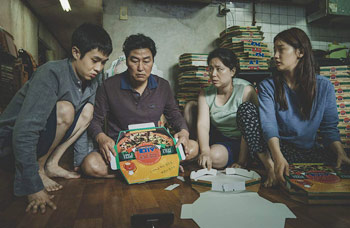 Bong Joon Ho brings his work home to Korea in this pitch-black modern fairytale. Meet the Park Family: the picture of aspirational wealth. And the Kim Family, rich in street smarts but not much else. Be it chance or fate, these two houses are brought together and the Kims sense a golden opportunity. Masterminded by college-aged Ki-woo, the Kim children expediently install themselves as tutor and art therapist, to the Parks. Soon, a symbiotic relationship forms between the two families. The Kims provide "indispensable" luxury services while the Parks obliviously bankroll their entire household. When a parasitic interloper threatens the Kims' newfound comfort, a savage, underhanded battle for dominance breaks out, threatening to destroy the fragile ecosystem between the Kims and the Parks.

By Hope Madden and George Wolf

We’ve said it many times, but since there may still be people who haven’t heard, we’ll say it again. If Joon-ho Bong makes a film, you should see it. 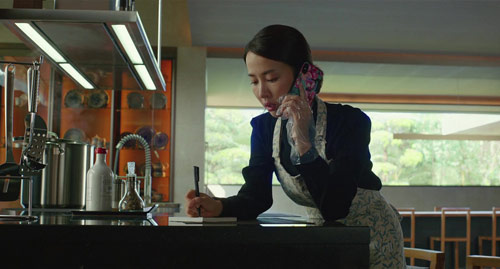 The film’s opening act introduces the Kim family, folding pizza boxes in a squalid basement apartment in Seoul and scrambling from room to room in search of free WiFi after the neighboring business locked theirs down with a password.

In a single scene the film appears to articulate its title and define its central characters, but the Kims are not who you think they are. In fact, every time you think you’ve pinned this film down—who’s doing what to whom, who is or is not a parasite—you learn it was an impeccably executed sleight of hand.

Longtime Bong collaborator Kang-ho Song (Memory of a Murder, The Host, Snowpiercer) anchors the film with an endearing and slippery performance. Kim patriarch, he is simultaneously beloved head of the household and family stooge. Watching Song manipulate his character’s slide from bottom to top to bottom again without ever losing his humanity—or the flaws that go along with humanity—is amazing. It’s a stunningly subtle and powerful performance.

He’s nearly matched by Yeo-jeong Jo as the righteously oblivious Mrs. Park, who spends her days in constant search for an empty validation that comes from every new indulgence for her children.

When young Kim Ki-woo ( Woo-sik Choi from Train to Busan and Bong’s last film, Okja) is able to convince Mrs. Park he’s a suitable English tutor for her daughter Da-hye (Ji-so Jung), the Kim and Park families become connected in one of the few ways afforded by the social order: master and servant.

Methodically, the rest of the Kim clan gains employment from Mr. Park (Sun-kyun Lee) through the systematic feeding of the Parks’ ego and privilege. And then just when you think Bong’s metaphoric title is merely surface deep, a succession of delicious power shifts begins to emerge. 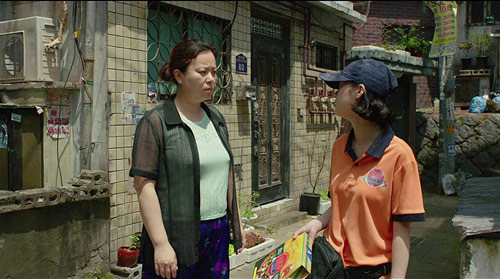 Think the simmering rage of Joker with a completely new set of face paint.

As the Kims insinuate themselves into the daily lives of the very wealthy Parks, Bong expands and deepens a story full of surprising tenderness, consistent laughter and wise commentary on not only the capitalist economy, but the infecting nature of money.

Bong, as both director and co-writer, dangles multiple narrative threads, weaving them so skillfully throughout the film’s various layers that even when you can guess where they’ll intersect, the effect is no less enlightening.

Filming in an ultra-wide aspect ratio allows Bong to give his characters and themes a solid visual anchor. In single frames, he’s able to embrace the complexities of a large family dynamic while also articulating the detailed contrasts evident in the worlds of the haves and have nots.

Parasite tells us to make no plans, as a plan can only go wrong.

Ignore that, and make plans to see this brilliantly mischievous, head-swimmingly satisfying dive down the rabbit hole of space between the classes.